Sara Jean Accuardi, Jennifer Blackmer, Franky Gonzalez,
Shannon TL Kearns, ​Anya Pearson, Jonathan Yukich
This year, we're doing something different! Five of this year's playwrights were selected, by lottery, from our family of past playwrights. Our sixth playwright, Franky Gonzalez, is joining us as the 2021/22 recipient of the 4 Season Residency program.
<
> 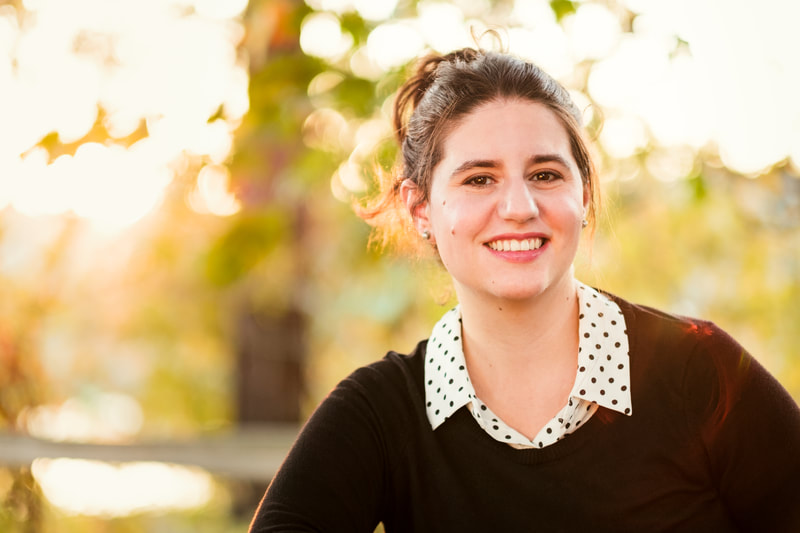 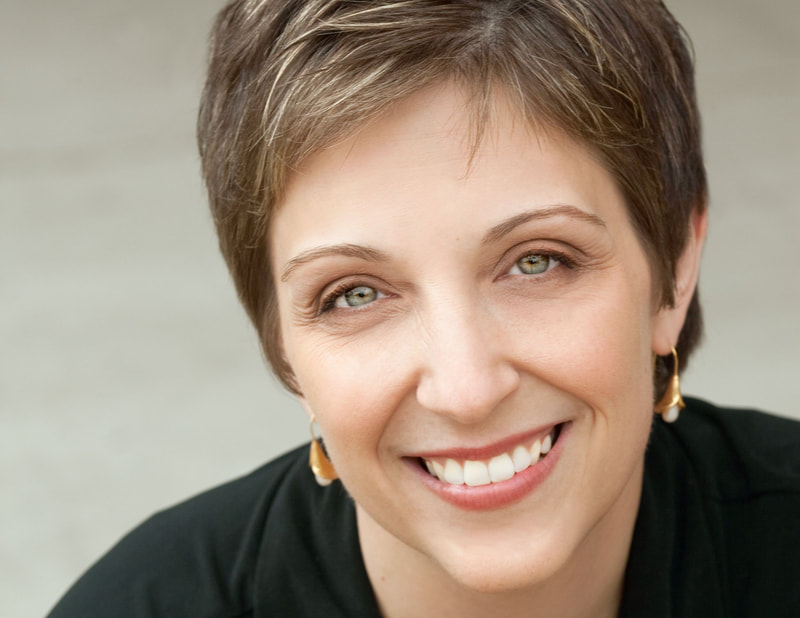 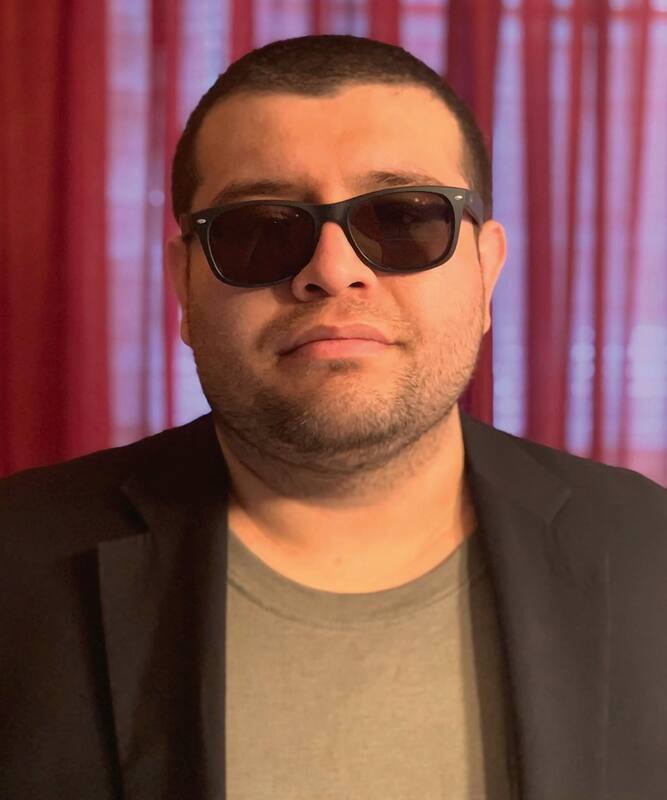 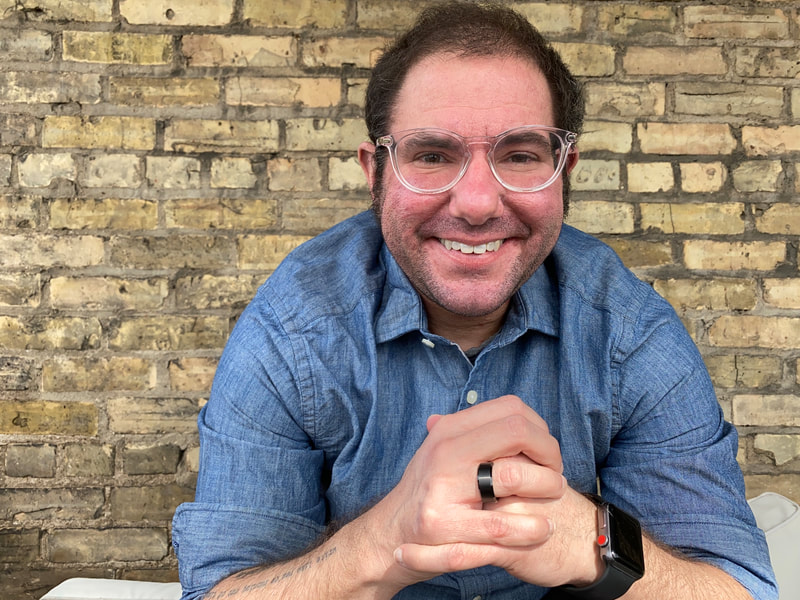 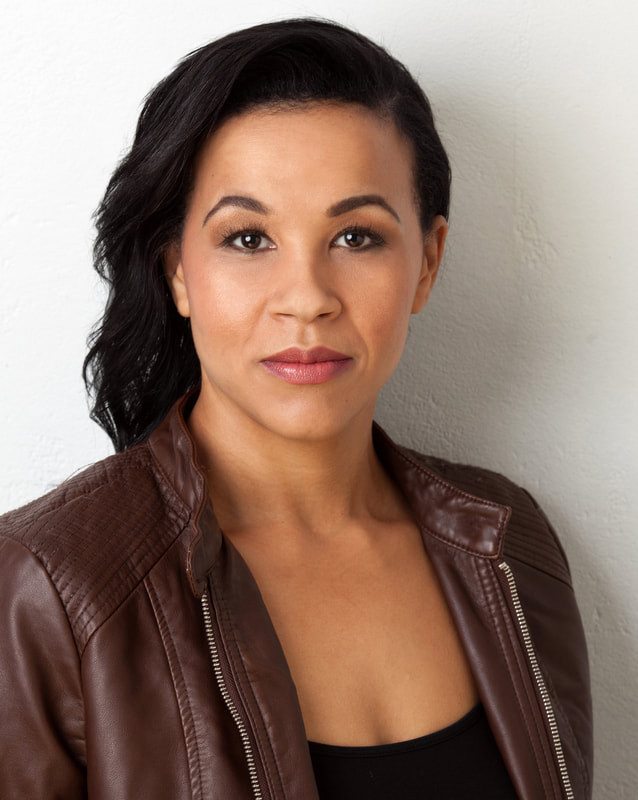 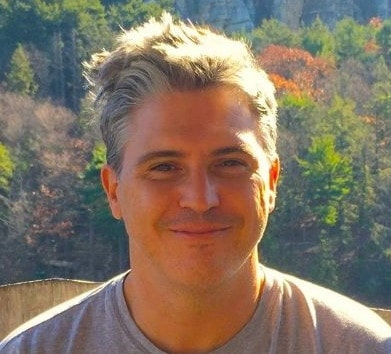 Jonathan Yukich
​Sara Jean Accuardi - THE STORYTELLER
Sara Jean's play <3 was developed as part of the 2015 Conference. This year she is working on a new draft her play THE STORYTELLER which will be presented as a reading on Friday, June 17th at 7:30pm.

About THE STORYTELLER​
Randi has lived off the grid with her father for as long as she can remember. She knows better than to question things—at least, until now. A play that explores the magic and power of the narratives we create.

About Sara Jean Accuardi
​Sara Jean Accuardi is an award-winning playwright and the recipient of the 2021 Oregon Literary Arts Leslie Bradshaw Fellowship for Drama. Her full-length plays include The Delays, BREAK, The Storyteller, < 3, Love Scenes, and Portrait of the Widow Kinski. Her writing has been produced and developed around the country, including with Theatre Vertigo, Shaking the Tree Theatre, Something Marvelous, Victory Gardens, Portland Center Stage, Chicago Dramatists, The Blank Theatre, Spooky Action Theater, Vivid Stage, and PlayMakers Repertory Company. The Delays received the 2019 Drammy Award for Outstanding Original Script, and The Storyteller won the 2020 International Thomas Wolfe Playwriting Competition. She has been a finalist for O’Neill National Playwrights Conference and the Oregon Book Awards. Sara Jean holds an MFA in Writing for the Screen and Stage from Northwestern University and is a member of the Dramatist Guild and LineStorm Playwrights. Her plays are available on The New Play Exchange.
Jennifer Blackmer - BODIES OF WAR
Jennifer's play UNRAVELED was developed as part of the 2015 Conference. This year she is working on a new play, entitled BODY OF WAR. Jennifer's work will be presented on Thursday, June 16 at 7:30pm.

About Jennifer Blackmer
​Jennifer Blackmer’s plays have been produced across the country, and include Human Terrain, Unraveled, Margaret Atwood’s Alias Grace (Joseph Jefferson award for Best Adaptation), Delicate Particle Logic, Borrowed Babies (David Mark Cohen National Playwriting Award) and Predictor, which was designated a Rolling World Premiere at the 2019 National New Play Network Showcase of New Plays (interrupted by the pandemic) and a finalist for the 2020 Jane Chambers Award for Feminist Playwriting. Jennifer was the recipient of the 2015 PEN/Laura Pels International Foundation for Theatre Award for Emerging American Playwright, and her screenplay adaptation of Human Terrain won the Alfred P. Sloan Foundation Tribeca Film Institute award. Jennifer is a two-time O’Neill finalist, her writing has been short-listed for the Princess Grace Award and the Shakespeare’s Sister Fellowship, and has been developed by Seven Devils, Illinois Shakespeare Festival, Nashville Repertory Theatre, The Playwrights’ Center, The Lark and Activate Midwest. Jennifer is a Professor of Theatre at Ball State, where she also serves as Director of the Virginia B. Ball Center for Creative Inquiry. Visit her online at www.jenniferblackmer.com.
Franky Gonzalez - HEART STOP, OR THE OBESITY PLAY
Franky is the recipient of the 2021/22 Four Seasons Residency. He will be working a new solo piece entitled: HEART STOP, OR THE OBSITY PLAY. Franky will present his work in a reading on Saturday, June 18 at 7:30pm.

About HEART STOP, OR THE OBSITY PLAY
An experimental, mostly solo-show adapted from the playwright's life centering around an obese man deciding, in a desperate last bid to become healthy, to take to the stage where he intends to interrogate his addiction, his identity, and ultimately whether he can come to peace with himself and his lifelong self-hatred.
​
​About Franky D. Gonzalez
Franky D. Gonzalez is a playwright and TV writer of Colombian descent splitting time between Dallas and Los Angeles. He holds a BA in Theatre from the University of North Texas and has had his work featured throughout the Dallas-Ft. Worth metroplex where he served proudly as the Dramatists Guild Regional Representative in 2018. Nationally, his work has appeared with The Lark, the Sundance Institute, the Ojai Playwrights Conference, the Latinx Playwrights Circle, the Great Plains Theatre Conference, the Goodman Theatre (Live @ Five Series), The New Harmony Project, Bishop Arts Theatre Center, Repertorio Español, LAByrinth Theater Company, Ars Nova (ANT Fest 2021), Dallas Theater Center, Austin Latinx New Play Festival, Stages Repertory Theatre's Sin Muros Latinx Theatre Festival, the Latino Theatre Company’s RE:Encuentro 2021: National Virtual Latina/o/x Theatre Festival, the HBMG Foundation National Winter Playwrights Retreat, Tofte Lake Center, Ignition Arts, Play4Keeps Podcast, the Antaeus Playwrights Lab, Clamour Theatre Company, Ammunition Theater Company, Greenway Court Theatre, the Cloud Factory, The Mid-America Theatre Conference, The Midwest Dramatists Conference, and the One-Minute Play Festival. Franky was a recipient of the Charles Rowan Beye New Play Commission, an MTC/Sloan Commission, co-recipient of the MetLife Nuestras Voces Latino Playwriting Award, won the Crossroads Project Diverse Voices Playwriting Initiative Award, the Judith Royer Award for Excellence in Playwriting, the Short+Sweet Theatre Festival Manila Best Overall Production Prize, and was a staff writer for the fourth season of 13 Reasons Why. He has also been a finalist for the New Dramatists residency, the Eugene O’Neill National Playwrights Conference, the 2020 NNPN National Showcase of New Plays, San Diego REP Latinx New Play Festival, the Civilians R&D Group, The DVRF Playwriting Program, the Ashland New Play Festival, the Playwrights Realm Scratchpad Series, BETC Generations, the Risk Theatre Modern Tragedy Competition, the American Blues Theater Blue Ink Playwriting Award, the ScreenCraft Stage Play Competition, and a semi-finalist for the Bay Area Playwrights Festival, the Seven Devils Playwrights Conference, the Headwaters New Play Festival, the Dubai Short+Sweet Theatre Festival, and runner-up for the Alpine Fellowship. Most recently Franky was named the 4 Seasons Resident Playwright, a Sony Pictures Television Diverse Writers Program Fellow, the Bishop Arts Theatre Center Playwright-in-Residence, and a Core Writer with the Playwrights Center.​
Shannon TL Kearns - Untitled
Shannon's play BODY+BLOOD was developed as part of the 2021 Conference. This year he is working on a new solo piece that is still untitled. Shannon will be presenting this new work as a reading on Saturday, June 18th at 7:30pm.

About Shannon's new work
This is a multi-media piece exploring Shannon's history as an evangelical performer. Using archival photos and video, Shannon explores the role religion and performing had in his growing up as well as what it taught him about gender and identity.
​
About Shannon TL Kearns
Shannon TL Kearns was a recipient of the Playwrights’ Center Jerome Fellowship in 20/21, a playwright in residence at the Inge House in 2021, a Lambda Literary Fellow for 2019, and a Finnovation Fellow for 2019/2020. Shannon’s plays include Body+Blood, in a stand of dying trees, Line of Sight, Twisted Deaths, The Resistance of My Skin, and Who Has Eyes To See. His television pilots include The Family Unit, Transformed, and Freedom, Kansas. He and his plays have been: a finalist for the Equity Library Theatre of Chicago’s Reading Series, 2019 TransLab, and American Stages 2019 New Play Festival, semi-finalist for the New Works series at Garry Marshall Theatre. He was a semi-finalist for SPACE on Ryder farm in 2020.
Anya Pearson - Untitled
Anya's Play THE KILLING FIELDS was developed as part of the 2020 Conference. This year working on an prequel to THE KILLING FIELD which is currently untitled. Anya has selected to do a private, in-house reading of her work.

About Jonathan Yukich
Jonathan Yukich's plays receive over a hundred productions each year. They have been produced across the U.S. and Canada, as well as in Australia, New Zealand, South Africa, India, China, and throughout Europe. His work is published with Broadway Play Publishing, Playscripts Inc., Smith & Kraus, Applause Theatre & Cinema Books, Eldridge Publishing, Heuer Publishing, Pioneer Drama Service, and Meriwether Press. In 2020, two full-length plays of his were published: Killing the Bear with Broadway Play Publishing, and The Poe Show with Eldridge Publishing. Currently, Jonathan is working on an introductory theatre textbook, based on his teachings. The textbook is titled Theatre Now: Reading It, Seeing It, Doing It. It is scheduled for an early 2023 release. Jonathan teaches at the University of New Haven, where he co-runs the program, and at Quinnipiac University.